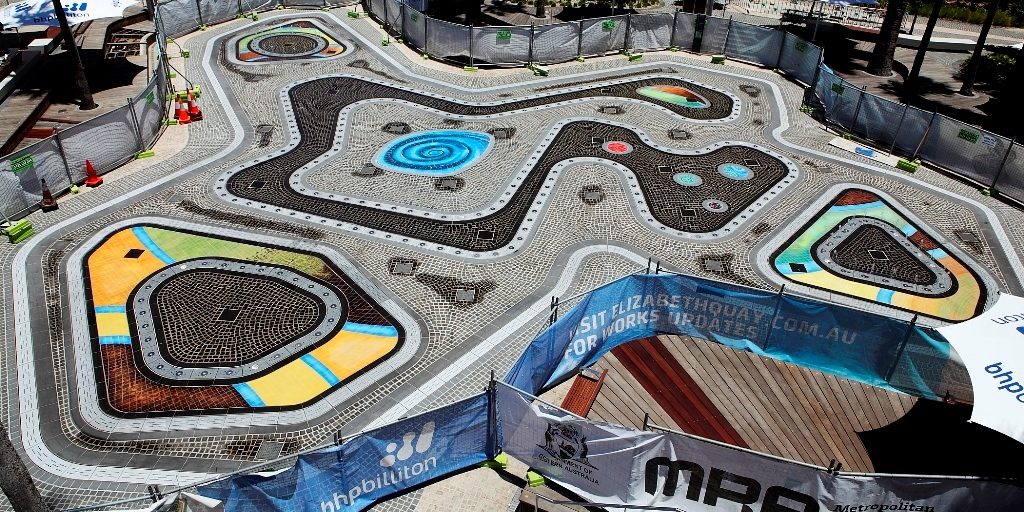 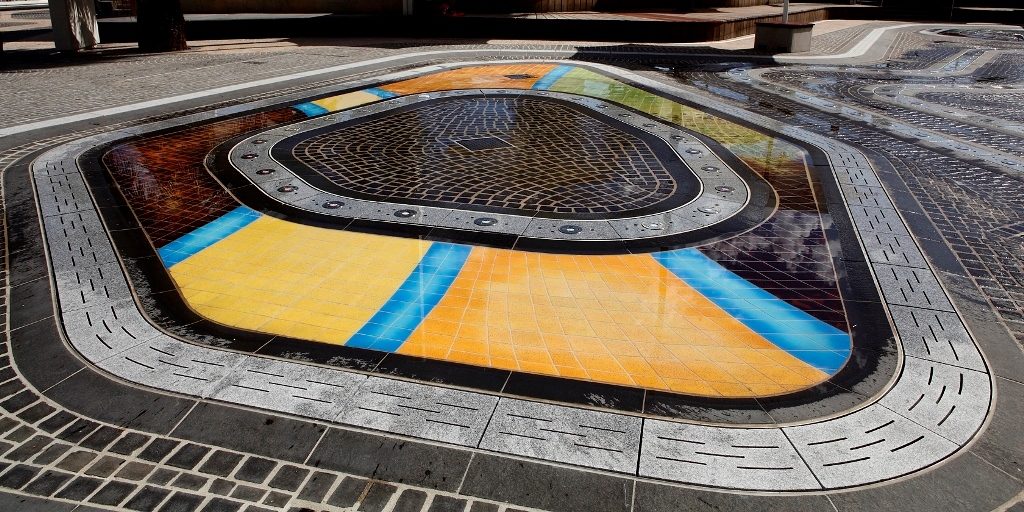 The BHP Billiton Water Park is part of the Elizabeth Quay Development which is located on the North Foreshore of the Swan River and is part of a wider vision to connect Perth CBD with the river. The design is indigenous and represents the dreaming story of the creation of the Milky Way.

Elizabeth Quay opened to the public in 2016 after much debate, drama, dredging and dollars.

The development of the water feature playground faced various challenges, including:
Severe levelling issues (footings were 120mm instead of 50mm);
The project included 46sqm of an intricate tile mosaic where the tiles were hand-made and traditionally fired;
Being next to the river and below the water table – the site flooded after drains were blocked;
Being behind schedule.

Various ARDEX products were used during the construction of the water playground. ARDEX WPM 300 was used to control hydrostatic moisture that may have been below the slab followed by two layers of ARDEX WPM 002 waterproofing membrane to protect the slab and also increase the build thickness where needed.
The tiles were fixed using ARDEX X 18 with ARDEX E 90 additive which aided tile adhesion during high surface temperatures and also to repel water. The installation was completed with ARDEX EG 15 Epoxy Grout which controls efflorescence, has superior chemical resistance and is an easy clean-up making the installation much faster for the contractor.

To ensure the project ran seamlessly, a System Recommendation was sought from the ARDEX Technical Services Department and on-site support was provided by ARDEX Representatives with inspections at various stages.